"In the future everyone will be famous for fifteen minutes." ~ Andy Warhol 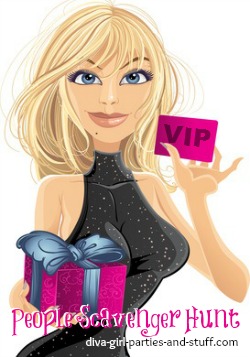 Will 15 minutes of fame really be experienced by everyone at some time in their life? The idea is becoming more and more plausible with the popularity of reality TV.

Your goal for this scavenger hunt is to get the autographs of people who have experienced their "15 minutes of fame."

Have fun getting to know the "celebrities" of your community. You never know who you might meet and how amazing their stories might be.

Maybe you're even one of those famous unknowns who will one day be asked for YOUR autograph.

NOTE:  You might want to have the teams write a bit of information beside each autograph (eg. what newspaper was the person's picture in and for what reason, in what play did the person have the lead role and at what location.)

You may even want to send one member of the opposite team along with each team to verify these "15 minutes of fame" finds.

This hunt will definitely be a challenge. Not everyone likes to be interviewed, but there's still a lot of friendly people out there who will be more then willing to give you their time. Just think ... you'll get to meet new people and learn a little something about those who share your community. 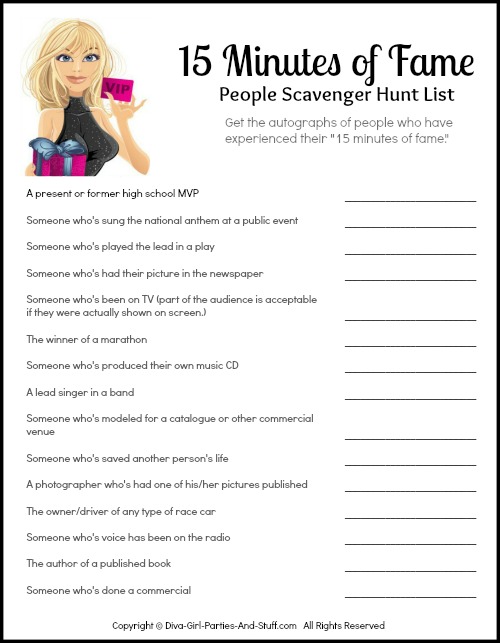 Variation: If you have access to video cameras you could get all of these interviews on camera instead.

You could also give bonus points for "famous folks" you come across that may not be mentioned on the list.

Please note: For obvious reasons, this would not be a good game for children unless playing on adult supervised teams. 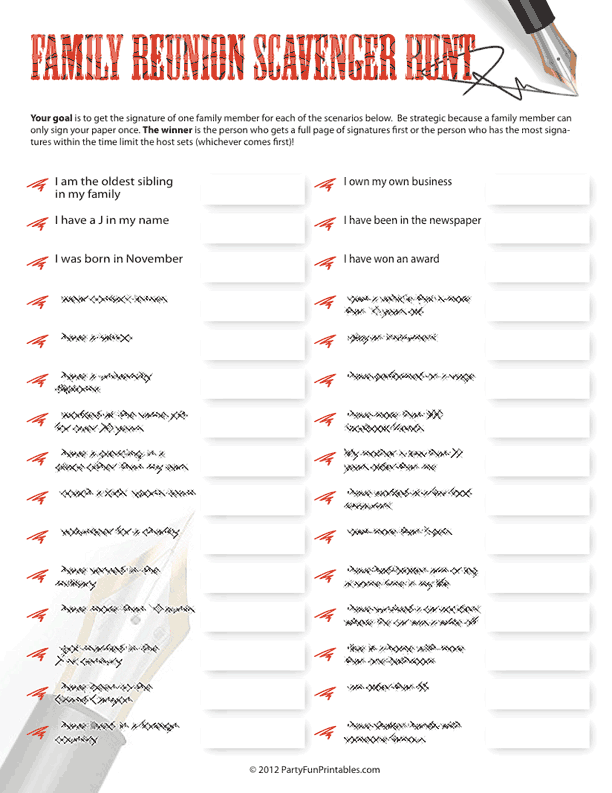 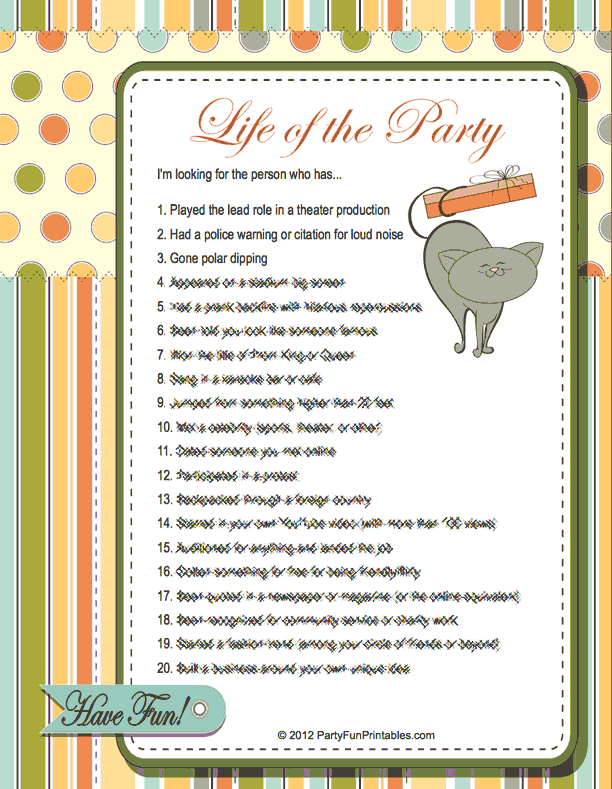 Life of the Party Scavenger Hunt