For Lovers of Man's Best Friend 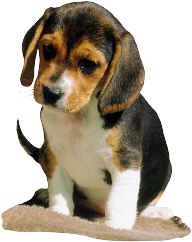 Use this dog trivia to determine how much you know about these adorable pets that are affectionately known as man's best friend.

There are so many breeds and sizes of dogs to choose from that it could take a lifetime to learn all there is to know about them.

So, take the dog trivia challenge and find out how much you know. Then, plan a diva dog party. Invite your friends and their dogs and quiz them.

01. What dog breed does not bark, but does make yodeling noises?

02. What dog breed was first known as the Rothburg Terrier?

03. What dog breed gets its name because it strikes out with its front paws when fighting?

04. Contrary to popular belief, dogs do not sweat by salivating. They sweat through what?

05. Every known dog breed except this one has a pink tongue. What is this breed?

06. What is the name of the dog from "The Grinch Who Stole Christmas"?

07. What is the smallest breed of dog recognized by the American Kennel Club?

08. What is the largest breed of dog recognized by the American Kennel Club?

09. Where did Rhodesian Ridgebacks get their name from?

10.Dalmatians, with all those cute black spots, are born what color?

11. Chewbacca, the hairy Wookiee in the Star Wars movies, was inspired by George Lucas' what?

13. What breed is known as the smallest member of the sporting-dog family?

14. The state dog of North Carolina is what breed?

15. What dog breed appeared in the world Guinness book of world records as the rarest dog in the world for three consecutive years in the very early 1970's?

16. What is the smallest breed of dog used for hunting?

17. Dogs are mentioned at least how many times in the Bible?

18. What is the name of the dog on the Cracker Jack box?

19. Do dogs favor one paw (left or right) over the other?

20. What was the name of the dog in TV show "The Partridge Family"?

21. What dog breed was once called "St. John's Newfoundland"?

22. What kind of dog did the TV Series detective Columbo have?

23. Can you name the 7 different groups/classes of dog? 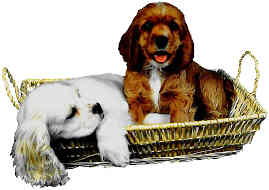