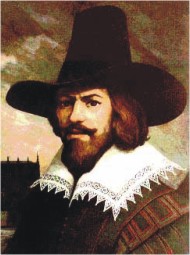 History buffs will especially enjoy this quiz about the man caught redhanded with 36 barrels of gunpowder in the cellar of the English Houses of Parliament in 1605.

His failed Gunpowder Plot to assassinate the King and other parliamentary officials is commemorated to this day with bonfires and fireworks.

02. Which King of England was the so called Gunpowder Plot supposed to kill?
a. James I
b. James II
c. Charles I

04. On November 5th, 1895 George B Selden was granted a patent for which everyday machine?
a. Fax machine
b. Automobile
c. Cine camera

05. Guy Fawkes was arrested in a cellar under which famous London landmark?
a. The Houses of Parliament
b. The Tower of London
c. The Bank of England

06. In the Harry Potter stories by J. K. Rowling one of the characters is named Fawkes, what kind of creature is it?
a. Dragon
b. Owl
c. Phoenix

07. Which society is dedicated to remembering Guy Fawkes and his companions?
a. The Bonfire Society
b. The Gunpowder Plot Society
c. The Guy Fawkes Society

08. In Enid Blyton’s stories which group of children used Guy Fawkes as their secret password to obtain entry into any of their several meetings?
a. The Fabulous Four
b. The Famous Five
c. The Secret Seven

09. Guy Fawkes and his fellow conspirators were protesting against which laws?
a. Anti Roman Catholic
b. Anti Semetic
c. Anti Dis-establishment

10. William Shakespeare’s Tragedy of Macbeth was finished after the Gunpowder Plot had been exposed. Which Scottish King was it written to please?
a. King Malcolm
b. King James
c. King Banquo

11. In England November is 5th Bonfire Night and is celebrated by letting off fireworks. What is the art of fireworks known as?
a. Pyromania
b. Pyrocantha
c. Pyrotechnics

12. In which Charlotte Bronte story did Mrs. Abbot think of the main character as an “infantile Guy Fawkes” always watching everyone and scheming?
a. Shirley
b. Jane Eyre
c. Villette

13. Which 2006 film, telling the story of a freedom fighter using terrorist tactics to fight against his totalitarian society, is based on the story of Guy Fawkes?
a. Happy Feet
b. Lord of the Rings Battle for Middle Earth
c. V for Vendetta

14. Which well known board game was released by Parker Brothers on November 5th, 1935?
a. Monopoly
b. Cluedo
c. Totopoly

15. In which chain of islands in the Pacific is one of the islands called Isla Guy Fawkes?
a. Marshall Islands
b. Cook Islands
c. Galapagos Islands

19. On November 5th, 1913 which Mediteranean island was annexed by the United Kingdom?
a. Cyprus
b. Crete
c. Corsica

1. In which East Devon town is Bonfire Night celebrated by carrying burning tar barrels through the crowded streets?
a. Colyton
b. Ottery St. Mary
c. Axminster
Answer: b

2. Which other event in this town is climaxed by a huge firework display?
a. The Carnival
b. Pixie Day
c. New Year’s Eve
Answer: b 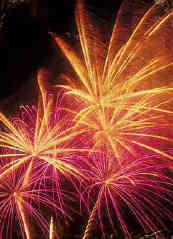 Play this Guy Fawkes Trivia at a Pirate Party