This right left game story is a rendition of Beatrix Potter's popular "The Tale of Peter Rabbit."

It's not only a great option for an Easter gift exchange or rabbit theme party, but it's educational value makes it perfect for a school classroom activity also. 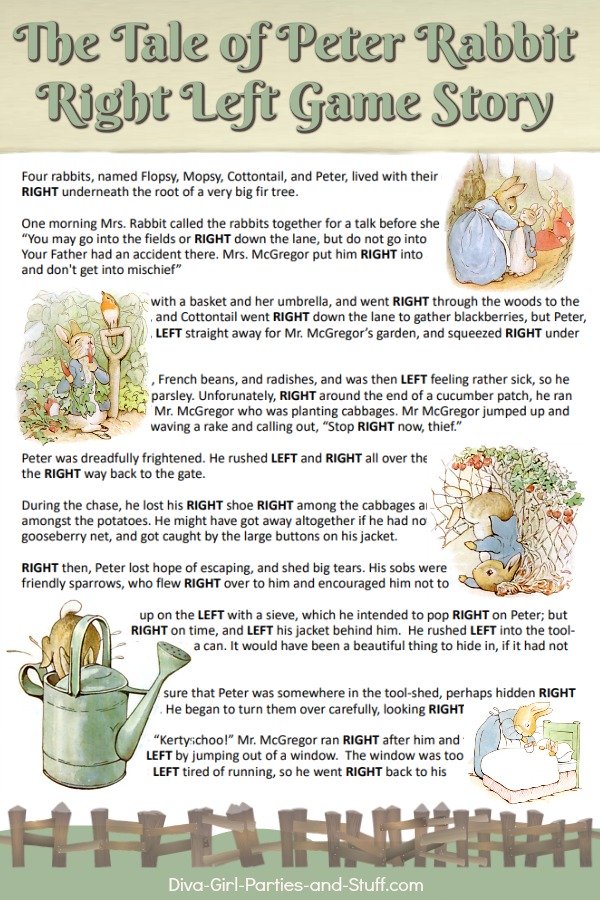 Use chocolate eggs as the prizes or fill plastic eggs with mystery treats or slips of paper noting a reward that could be cashed in on during a period of time.

Eg. At school it could be a coupon for 10 minutes of free time.

Whatever you choose to use as prizes, pass these around during the story to determine who gets what prize/gift.

To play this Peter Rabbit Right Left Game, have all participants sit in a circle and pass the gift(s), (candy, prizes, etc.) to the right when the word RIGHT is spoken and to the left when the word LEFT is spoken.

The gift(s) belong to whomever is holding them when you have finished reading the story.

Four rabbits, named Flopsy, Mopsy, Cottontail, and Peter, lived with their mother in a sandbank, RIGHT underneath the root of a very big fir tree. 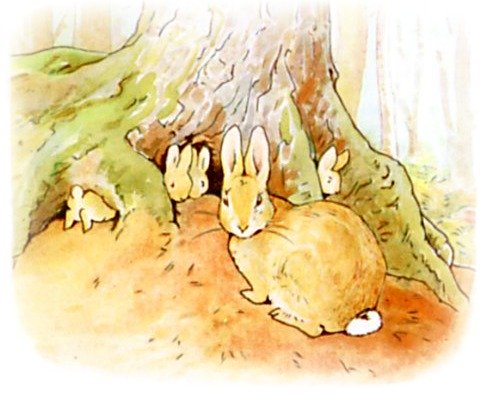 One morning Mrs. Rabbit called the rabbits together for a talk before she LEFT to go shopping. “You may go into the fields or RIGHT down the lane, but do not go into Mr. McGregor’s garden. Your Father had an accident there. Mrs. McGregor put him RIGHT into a pie. Do the RIGHT thing and don't get into mischief” 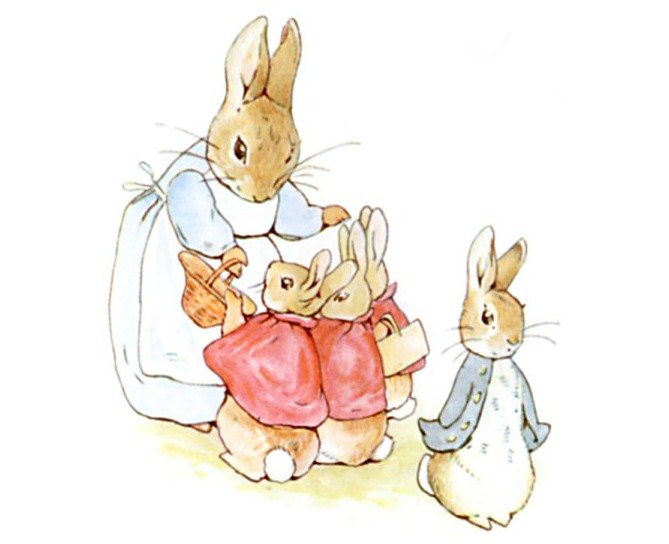 Mrs. Rabbit then LEFT with a basket and her umbrella, and went RIGHT through the woods to the baker’s.

Flopsy, Mopsy, and Cottontail went RIGHT down the lane to gather blackberries, but Peter, who was very naughty, LEFT straight away for Mr. McGregor’s garden, and squeezed RIGHT under the gate! 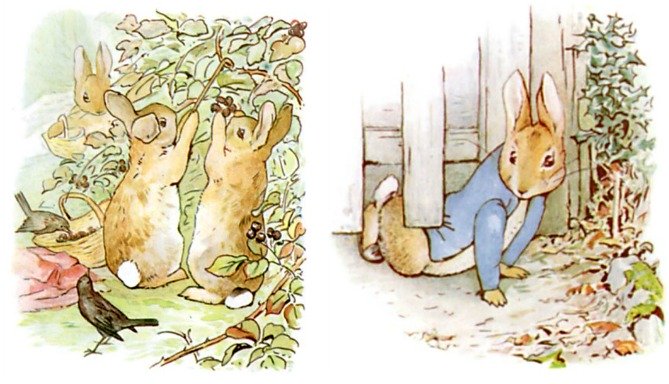 Peter ate some lettuce, French beans, and radishes, and was then LEFT feeling rather sick, so he went to look for some parsley. Unforunately, RIGHT around the end of a cucumber patch, he ran RIGHT into the path of Mr. McGregor who was planting cabbages. 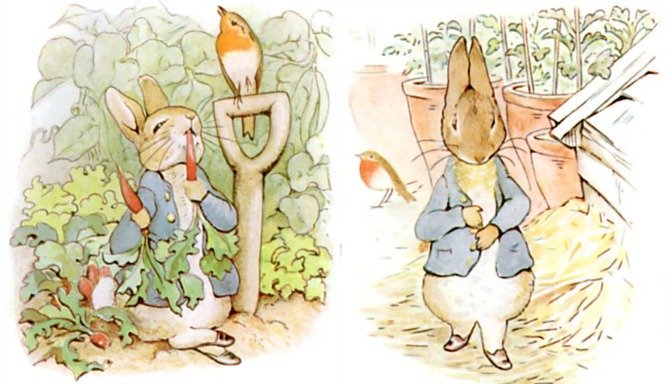 Mr McGregor jumped up and ran RIGHT after Peter, waving a rake and calling out, “Stop RIGHT now, thief.”

Peter was dreadfully frightened. He rushed LEFT and RIGHT all over the garden. He had forgotten the RIGHT way back to the gate.

During the chase, he lost his RIGHT shoe RIGHT among the cabbages and his LEFT shoe RIGHT amongst the potatoes. He might have got away altogether if he had not run RIGHT into a gooseberry net, and got caught by the large buttons on his jacket. 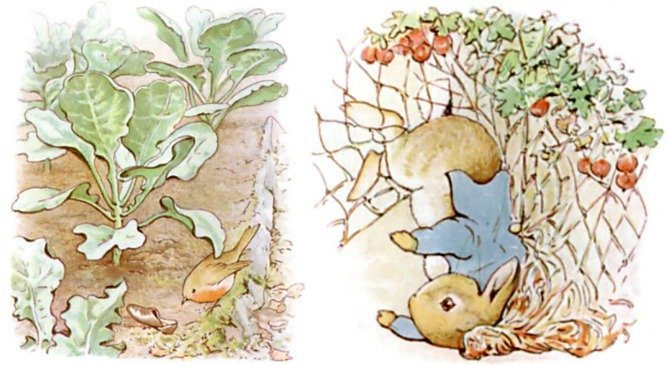 RIGHT then, Peter lost hope of escaping, and shed big tears. His sobs were overheard by some friendly sparrows, who flew RIGHT over to him and encouraged him not to give up.

Mr. McGregor came up on the LEFT with a sieve, which he intended to pop RIGHT on Peter; but Peter wriggled out RIGHT on time, and LEFT his jacket behind him. He rushed LEFT into the tool-shed, and jumped RIGHT into a can. It would have been a beautiful thing to hide in, if it had not had so much water LEFT in it. 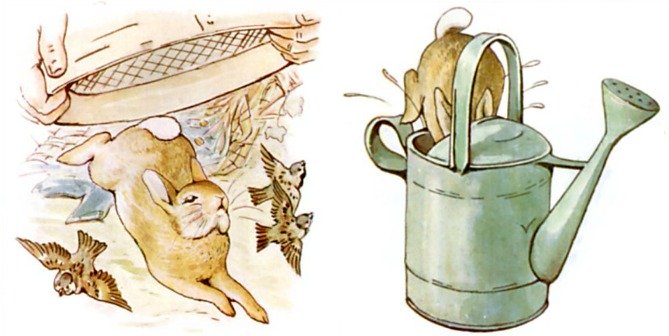 Mr. McGregor was quite sure that Peter was somewhere in the tool-shed, perhaps hidden RIGHT underneath a flowerpot. He began to turn them over carefully, looking RIGHT under each.

Then, Peter sneezed— “Kertyschoo!” Mr. McGregor ran RIGHT after him and tried to put his RIGHT foot upon Peter, who LEFT by jumping out of a window. The window was too small for Mr. McGregor, and he was LEFT tired of running, so he went RIGHT back to his work. 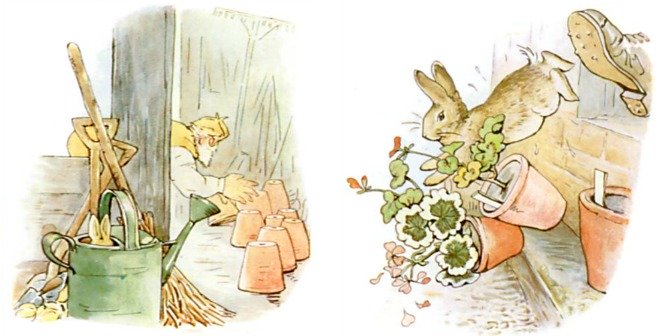 Peter sat RIGHT down to rest. He had no breath LEFT in him and was trembling with fright. He was also very damp from sitting in that can. He had no idea which way was the RIGHT way to go. Should he go RIGHT or LEFT?

After a while he found a door RIGHT in a wall, but it was locked, and LEFT no room for a chubby little rabbit to squeeze RIGHT underneath.

Peter asked an old mouse for the RIGHT way to the gate , but she she only shook her head LEFT and RIGHT at him. Peter began to cry. Then he tried to find his way RIGHT across the garden, but he became more and more confused. 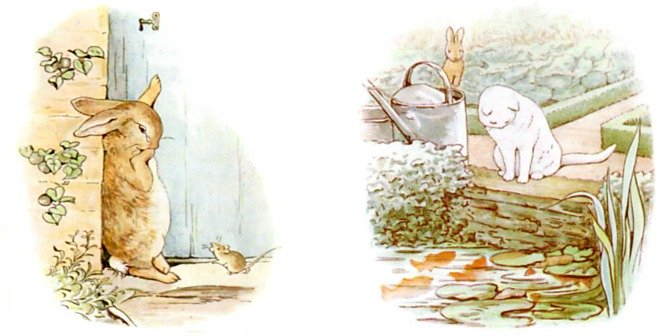 Eventually, he came to a pond where a white cat was staring RIGHT at some goldfish, the tip of her tail twitching RIGHT and LEFT. Peter thought it best that he LEFT without speaking to her, so he headed RIGHT back towards the tool-shed, until he heard the noise of a hoe RIGHT by— scr-r-ritch, scratch, scratch, scritch.

Peter dashed RIGHT underneath the bushes, but when nothing happened, he LEFT the bushes, and climbed upon a wheelbarrow, and peeped RIGHT over. He saw Mr. McGregor hoeing onions. Thankfully, his back was turned towards Peter, and RIGHT past him Peter spotted the gate! 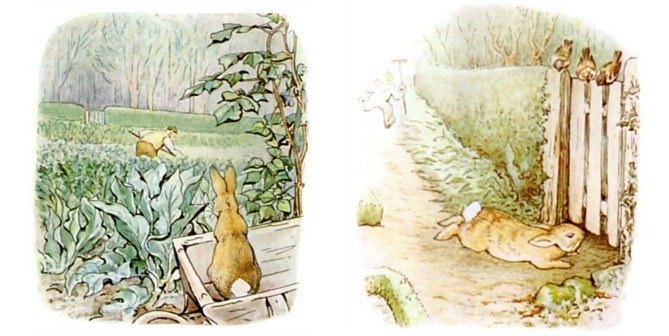 Peter quietly climbed down from the wheelbarrow and then ran as fast as he could to the gate and slipped RIGHT under it and was safe at last.

Mr. McGregor found jacket and the shoes that Peter LEFT behind and hung them RIGHT up in the garden as a scarecrow to frighten the blackbirds. 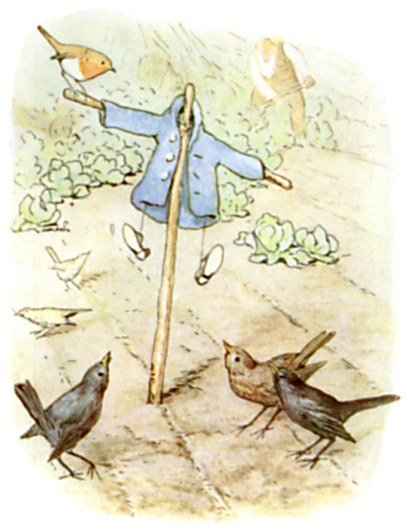 Peter never stopped running till he got home to the big fir-tree. He was so tired that he flopped RIGHT down on the soft sand floor of the rabbit-hole, and shut his eyes.

His mother was busy cooking and wondered where Peter had LEFT his clothes. 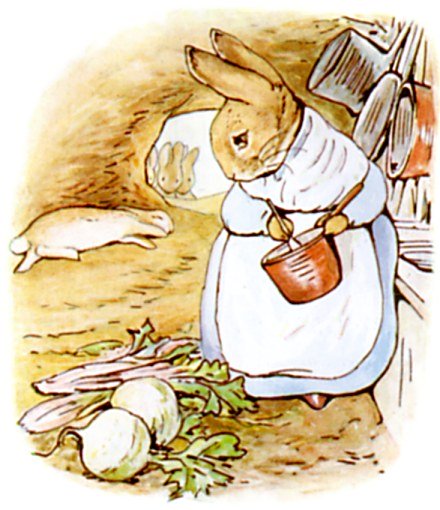 Due to his bad choices, Peter was LEFT not feeling very well that night. His mother put him RIGHT to bed. She made some camomile tea and gave a dose of it to Peter! “One table-spoonful to be taken RIGHT at bedtime.” 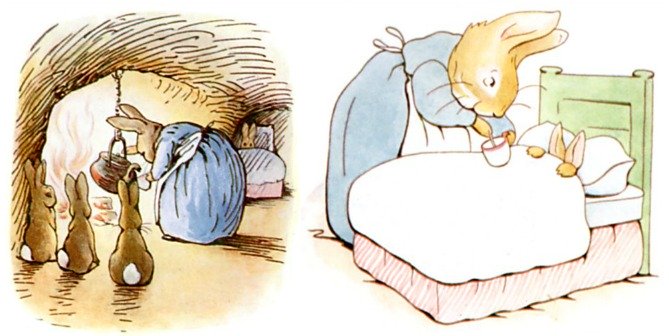 Flopsy, Mopsy, and Cottontail made the RIGHT choices and got to enjoy bread, milk and blackberries for supper. 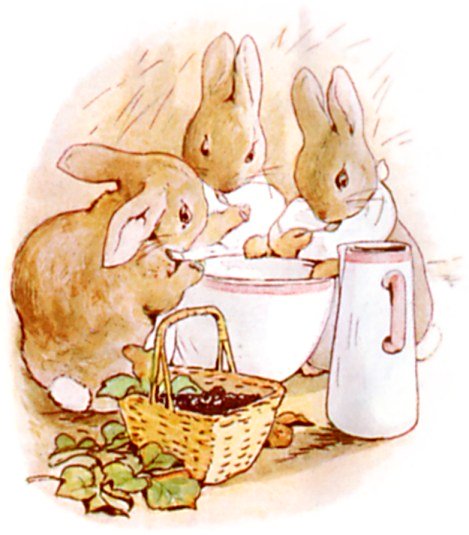 For a printable version of this Peter Rabbit Right Left Game fill in the form below. When we receive your request, you will receive immediate access to a printable copy of the game.

To view this printable Peter Rabbit Right Left Game you will need Adobe Reader installed on your computer (the latest version is recommended). Get your free Adobe Reader here (a new window will open so you can download without leaving this page). 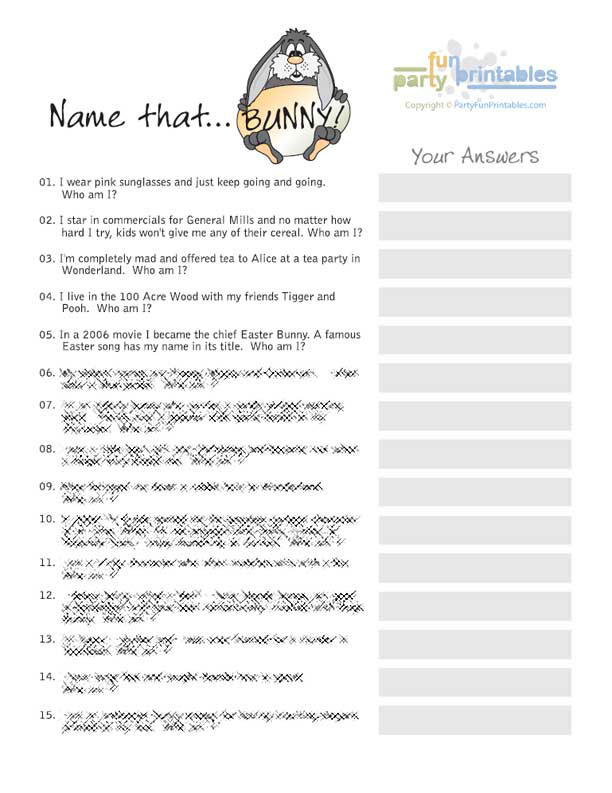 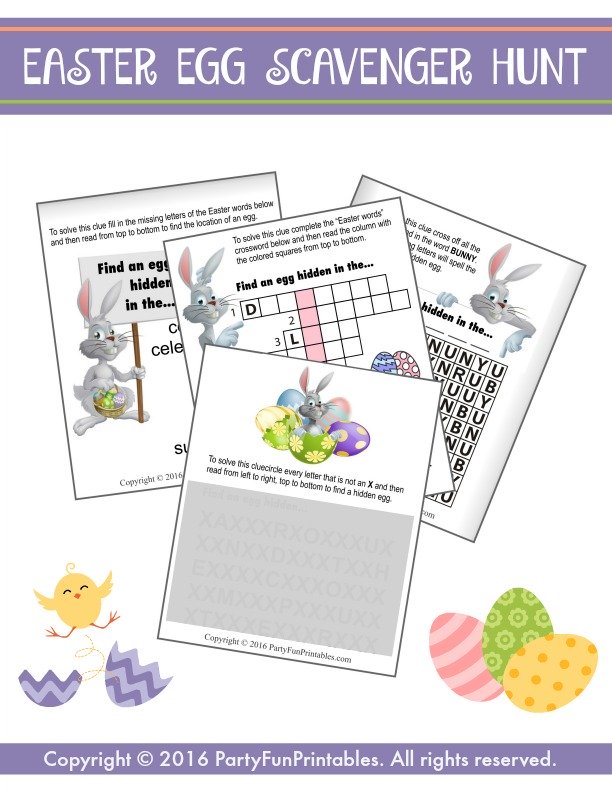 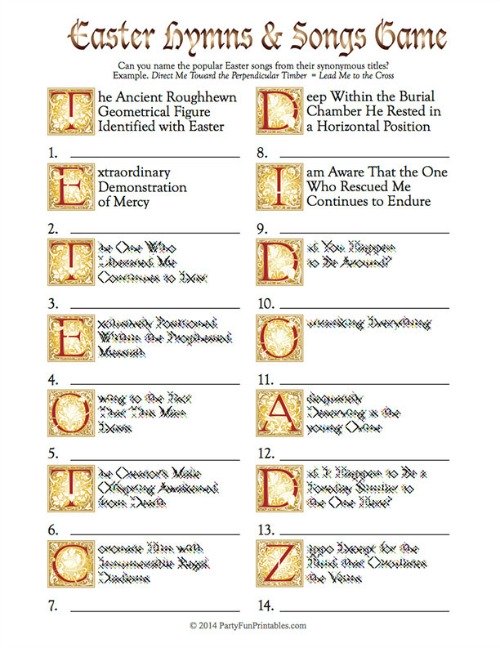