I want to host a Pretty in Pink Scavenger Hunt in celebration of my 13th birthday. One of my friends just hosted a "summer war" scavenger hunt (rules are at myspace.com/summerwar), around the historical city of Jacksonville, Oregon. It was really fun, and I want to host something like it. Even though that friend won't be able to make it, I don't want my party to be too much like hers. I want to have the scavenger 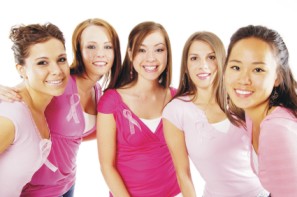 hunt in either Medford or Jacksonville, but even though I live in Medford, I think Medford would be too large of a city for what I want to do. There will be about 20 teenage girls and guys attending the party. I want for the teams not to find things, but claim a site rather. HELP!!

I visited the site you indicated in your question, but it wasn't available for viewing. I tried to contact the person associated with the page to see if I could have a look at the summer war hunt, but I didn't receive a response. Could you give me some more information, since there is no way for me to view the page you were speaking of for the example?

You can leave your response in the comment box below.