Don't you just love snow? I sure do. I can't wait to welcome the first dusting of that cool fluffy stuff every winter. It creates the prettiest landscapes and it's oh so fun to play in whether you're a winter sports enthusiast or you simply enjoy sledding, snowball fights and building snowmen. 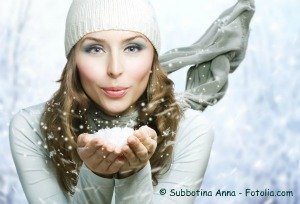 So, how much do you know about snow? Take this quiz and find out. Or plan a snow party and use this trivia as an icebreaker over a warm cup of hot cocoa.

01. What sets up the possibility of an avalanche?

02. What sort of snow turns into a glacier?

A. Partially melted snow from a snow pack
B. Snow that has not melted for a number of years
C. Fresh snow falling on mountain tops

A. When it is freshly fallen
B. When the air temperature is very low
C. When it is about to melt

04. On which other planet in the Solar System have scientists observed snow falling?

A. Mercury
B. Venus
C. Jupiter

05. What size was the world's largest recorded snowflake?

06. What shape are snowflakes?

A. Pentagons
B. Hexagons
C. Octagons

07. How much snow is equivalent to an inch of rainfall?

08. Which of the following would help you to determine how deep the snow is?

A. A pistol shot
B. A rifle shot
C. A shotgun shot

A. Uses snow in hair styling
B. Moves snow off the roads
C. Manipulates snow for recreational use

10. Where would you find the snow belt?

11. In 1999, which mountain took the record for the most snowfall ever measured in the United States in a single season?

12. In what year were the first patents registered in the US for snow plows?

13. How tall was the world's largest snowman?

14. How long did it take for the second largest snowman in the world, Angus, to melt?

16. In the animated film of Raymond Briggs' book the Snowman, who sang "Walking in the Air"?

19. In which year was the Walt Disney film Snow White and the Seven Dwarfs released?

A. A snake
B. A salamander
C. A sloth

09. C. Manipulates snow for recreational use