A Custom Anniversary Poem
by the Poem Lady

If you're looking for a custom anniversary poem for your special day, the poem lady is the the person to contact. 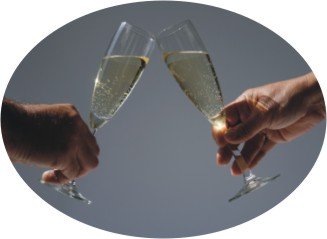 Whether you need the poem for yourself or for a special couple you know, fill in the form on her order page with the requested details and the poem lady will craft a custom anniversary poem for you that will make your event truly memorable.

We have gathered together those important in my life
To celebrate the day Josh made me his wife
How fondly I recall the 24th of September
It was a day, I for one, will always remember

Picture the two of us, we were a site to see
Me in the Air Force and him in the Army
I was stationed in New Mexico as most of you know
He was in Georgia and I just had to go

I missed him so much that I could nearly have cried
Next thing that I knew, I was there by his side
Being that we hail from the Lone Star State
We were off to Texas Roadhouse and just couldn’t wait

Reservations were made, a table wouldn’t be chancy
This from the man who thinks Olive Garden’s too fancy
The waitresses were sweet which was no abnormality
I just chalked it off to that southern hospitality

All throughout dinner I thought “Oh, what a prize”
As we sat across from each other making lovey dovey eyes
When we finished our drinks, we were as happy as could be
As he took my hand and said how much he loved me

Then down on one knee my dear beloved went
Of course there were peanut shells on his knee that was bent
His eyes they were shining, that’s all I could see
Then I heard those four words “Will you marry me?”

He pulled out a ring and placed it onto my finger
And looked in my eyes as he let the words linger
My face turned bright red, I have to confess
I hugged him and cried and of course I said yes

If he had his way, a ball cap he’d choose
As we headed off to the courthouse to say our “I dos”
We are so very different of that there’s no doubt
Everything rolls off his back while I often stress out

He’s tough and outgoing and I tend to be quiet as such
He’s very competitive, and me, not so much
But we make a great couple and that’s what it’s about
After years together we balance each other out

And that’s the whole story, told as best as I could
Of how we became Mr. and Mrs. Osgood
Having you all here is the best gift I can think of
Thank you so much for coming and celebrating our love