Every year, for as long as I can remember, my three daughters celebrate "elf night"!

When they were very small, I told them that the first Friday in December was "Elf Night". That was the night that they had to leave their final letters to Santa, and the elf would come by when they were sleeping and take the letters and give them to Santa.

The "elf" always took the letters and left something small for each of the girls ---a candy cane, a coloring book and crayons, or a storybook. It was my way of finding out for sure just what each of them really wanted, plus it added a little bit of excitement for them while waiting for Christmas to get here.


I love Diane's idea and I was even thinking it might be fun to leave some kids' size elf shoes or slippers by their beds to wear during the holidays. 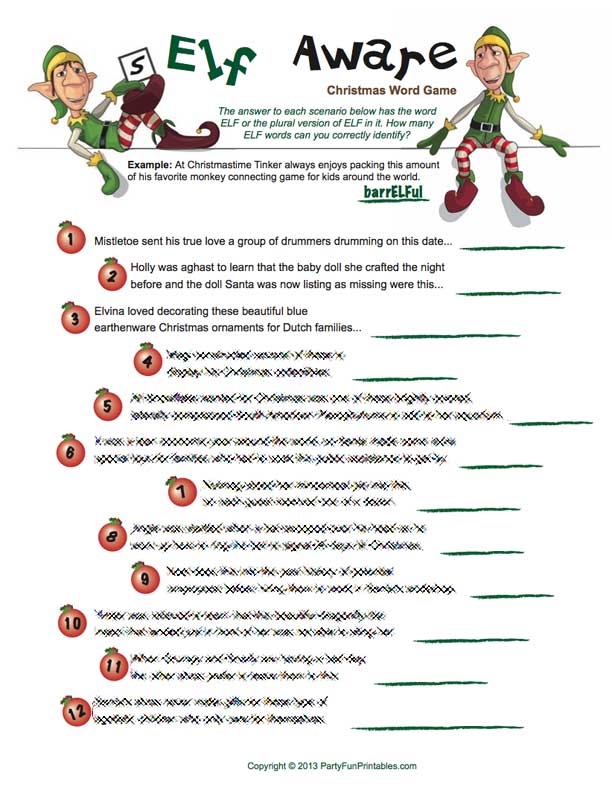 Are You sELF Aware? Elf Christmas Word Game