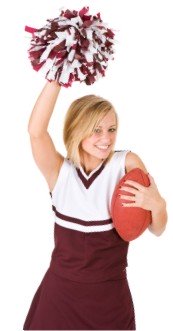 Prove that girls know just as much about football as guys by challenging them to a Super Bowl trivia competition. The losers have to serve the winners for the entire game.

Either conduct this trivia challenge as guests arrive at your Super Bowl Party , or plan to compete a week before the event so the guys will have plenty of time to prepare to serve you girls... lol!  May the best (wo)man WIN!   A free printable version with answers is available below.

Great questions on this Super Bowl trivia game...difficult enough to be interesting,
but simple enough to possibly answer! My husband played for the Broncos in the 1960s,
so we're especially excited to be hosting a Super Bowl party this year. The trivia game
is just what we needed to make the party more fun. - Wife of a Former  Broncos Player

01. What was the first wildcard team to win a Super Bowl?
A. Denver Broncos
B. Baltimore Ravens
C. Oakland Raiders
D. Pittsburgh Steelers

04. Which quarterback has the most Super Bowl starts?
A. John Elway
B. Tom Brady
C. Terry Bradshaw
D. Troy Aikman

06. What two networks broadcasted Super Bowl I?
A. CTV and ABC
B. CBS and NBC
C. CTV and NBC
D. CTV and CBS

09. Who holds the record for most receiving yards in a single Super Bowl game?
A. Dan Ross
B. Deion Branch
C. Ricky Sanders
D. Jerry Rice

11. Which team has scored the most points in a Super Bowl?
A. Tampa Bay Buccaneers
B. Dallas Cowboys
C. San Francisco 49ers
D. Chicago Bears

14. Which quarterback holds the record for the most passing yards in a single Super Bowl game?
A. Kurt Warner
B. Joe Montana
C. Terry Bradshaw
D. Tom Brady

18. Who was the losing coach in the first ever Super Bowl?
A. Hank Stram
B. John Rauch
C. Don Shula
D. Tom Landry

19. Which two cities have hosted the most Super Bowls?
A. Miami and Dallas
B. Los Angeles and Atlanta
C. New Orleans and Miami
D. San Francisco and New Orleans

20. Which player has made the most Super Bowl appearances?
A. Mike Lodish
B. Tom Brady
C. Adam Vinatieri
D. Charles Haley

02. B. Ken Stabler (Stabler became the first left-handed QB to win a Super Bowl title when his Oakland Raiders defeated the Minnesota Vikings in 1977.)

06. B. CBS and NBC (Super Bowl I was the only game to be broadcast simultaneously until 2007.)

13. B. James Harrison (Harrison returned an intercepted pass for 100 yards against the Cardinals in the 2009 Super Bowl, breaking Kelly Herndon's previously held record of 76 yards.)

14. D. Tom Brady (Brady holds the record for the most passing yards in a single Super Bowl game, throwing 505 yards for the New England Patriots against the Philidelphia Eagles in Super Bowl LII.)

15. C. Miami Dolphins (The Dolphins scored only 3 points in their Super Bowl VI loss to Dallas.)

18. A. Hank Stram (Stram earned the loss when his Kansas City Chiefs were defeated by the Green Bay Packers in Super Bowl I.)

19. C. New Orleans and Miami (These cities have each hosted 10 Super Bowl games.)

For even more fun and challenge try a Super Bowl Match-Up Game! Match the Super Bowl team or player with the applicable Super Bowl fact. A challenge to predict the outcome of the game is also a great interactive crowd-pleaser. 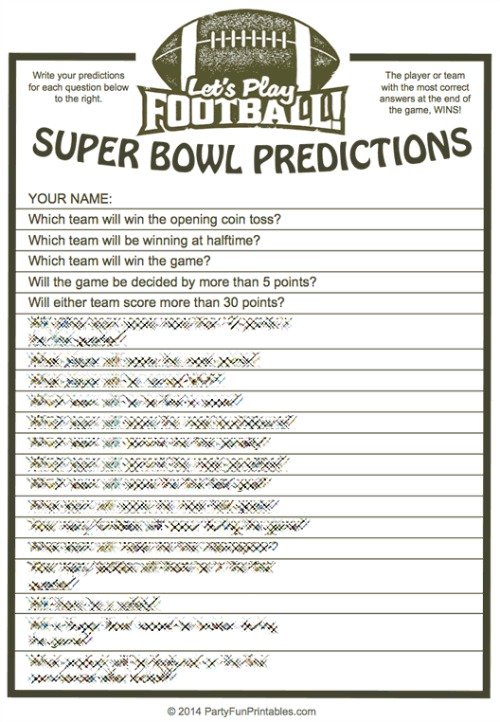 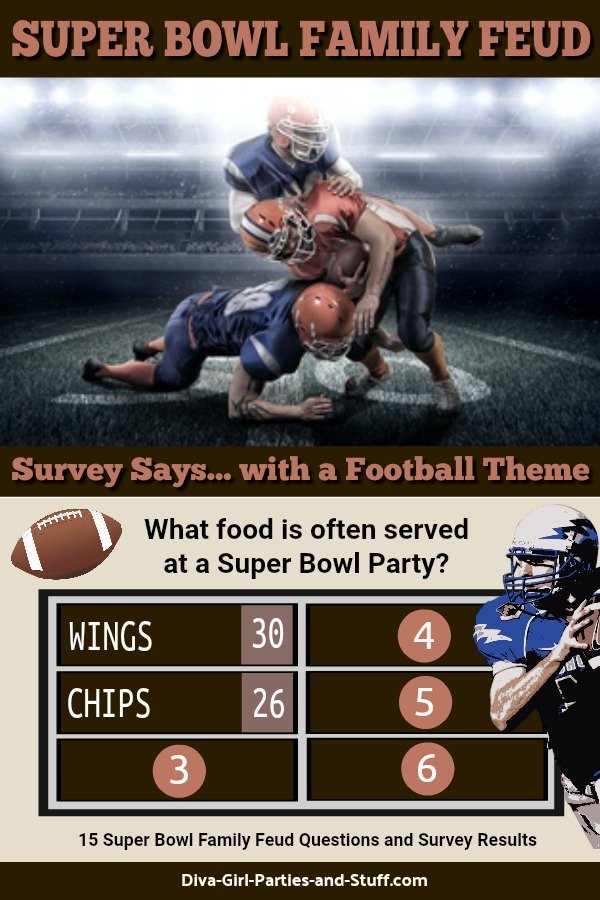 Let us know who WON your Super Bowl Trivia Challenge!

If you would like a printable version of our multiple choice
Super Bowl trivia, please fill in the form below.